The hammock has a long history stretching back over 4000 years. It has served mankind as bed and personal sanctuary enabling relaxation and contemplation since 2000 B.C. Europeans were astonished by the concept of a floating bed and at the level of comfort it provides. After many years making do with cheap narrow copies the true hammock is now, well and truly back on the scene. 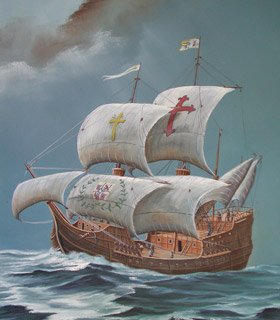 The word "hammock" probably derives from "hamack", the tree whose bark fibre was used in the manufacture of the first hammocks by the Mayan civilization in Central America as far back as 2000 B.C. Stronger, softer cotton thread has now replaced the tree fibre, however the design and method of hammock weaving remain the same.

Hammocks were first introduced from the Americas in the fifteenth century following the invasion of Central America by the Spanish. They were initially used as beds for crew members aboard the Spanish galleons returning from the "New World".

Officers soon caught on to the idea of saving space by narrowing down the original hammock design, forcing the crew to sleep lengthwise in a fashion never intended. This distortion of design has remained with us to this day and constitutes the basis for the misconception that all hammocks are the same.

Oviedo sailed to America in 1514, where for over thirty years he compiled detailed ethnographic descriptions of the goods, products, peoples and customs of the Caribbean and Central America. He introduced Europe to a wide variety of previously unheard of New World exotica such as the pineapple, the canoe, the smoking of tobacco, and the hammock. The hammock was originally introduced to Europeans during Columbus' first voyage of 1492. 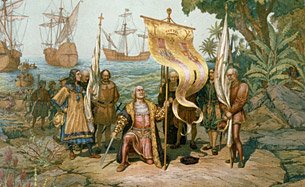 "The indians sleep in a bed they call an 'hamaca' which looks like a piece of cloth with both an open and tight weave, like a net ... made of cotton ... about 2.5 or 3 yards long, with many henequen twine strings at either end which can be hung at any height. They are good beds, and clean ... and since the weather is warm they require no covers at all ... and they are portable so a child can carry it over the arm."

Hammock weaving is a cultural tradition in Mexico which stretches back over many centuries. The Mayan people of southern Mexico are very proud of their culture and history. Hammock weaving is a relaxed pleasurable activity which does not require heavy work in an industrialised setting far away from friends and family. It is a skill which has been passed down from generation to generation and by supporting these craftspeople through regular small scale trade these traditional skills are kept alive and local communities are strengthened.